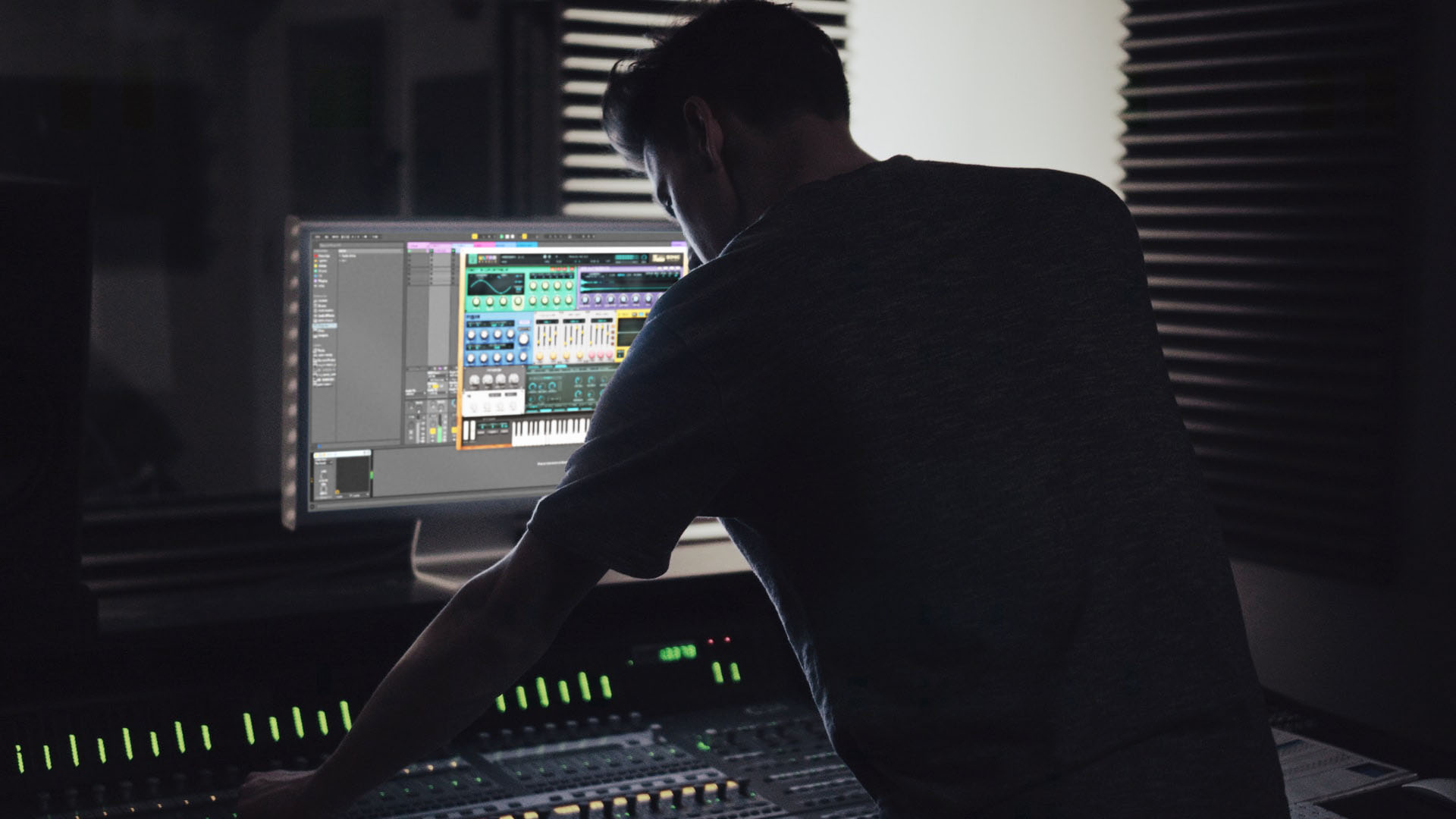 An (Abridged) Intro to Synthesis

An (Abridged) Intro to Synthesis

Whether you’re working in the world’s biggest studios or are just getting started at the desk in your bedroom, sound synthesis is one of the most important aspects of music creation. While the history of synthesis is riddled with legendary hardware and iconic model names that have been in constant rotation since the ‘60s, the advent of digital recording technology has made access to incredibly powerful synthesizers much easier than ever before.

Let’s not kid ourselves, though—despite being incredibly cool, programming synths can be a little intimidating. Let’s start with the basics:

First, what exactly is a synth? It’s an electronic instrument that can generate a wide variety of sounds by producing and combining audio signals. While synths are often used to generate new and exciting sounds, they can also replicate acoustic instruments.

There are three main components you’ll find on almost every synthesizer: oscillators, filters, and the amplifier.

The oscillator is the synth’s sound generator. This is where it all starts. While modern synth oscillators can produce a ton of different shaped signals, there are four main waveforms you’ll find on just about every synth: sine, sawtooth, triangle, and square.

As you can hear, each of these waveforms has a very distinct sound, and you can combine oscillators to produce a ton of other sounds. While modern, sample-based virtual instruments can simply trigger audio recordings of real instruments, early experimentation in analog synthesis led to the development of unique sounds that are considered staples of music production today.

Next, let’s turn our attention to…

Filters!
The filter is where the raw sound from the oscillators is initially shaped. While there are plenty of ways to sculpt your soundwaves, there are some basic filter types that you should commit to memory right off the bat:

When used effectively, filters can have a tremendous effect on shaping the raw tones of your oscillators, whether you’re dialing in a big boomy 808 or cleaning up a shimmery lead.

And now, we’ve reached the third essential component on any synthesizer: the amp envelope!

Though not as flashy as an oscillator or a filter, the amplifier plays a critical role in every synthesizer, because it makes the sound produced by the oscillator and shaped by your filters audible.

Most synth amps are adjusted with a set of controls known as the “amp envelope”, or “ADSR”: Attack, Decay, Sustain, and Release. These four controls determine how each triggered sound changes over time, from its initial attack to what happens when you release the key. These four parameters alone can make the difference between plucky keys and slow-building pads.

That’s it for now! Next time we’ll explore the art of modulation and go deeper into envelopes and LFOs.

Have a topic you’d like us to cover? Get in touch: suggestions@stevenslate.com

Let @5piece show you how to get fuller, more power

Want everything you need to create your best track

This plugin has everything you need to twist, shif

You’re less than a minute away from bright, lush

Get MASSIVE metal guitars in minutes with @keyanho

Ready to completely transform your bass in one eas